Home Things to do 10th Annual Festival at The Switchyard 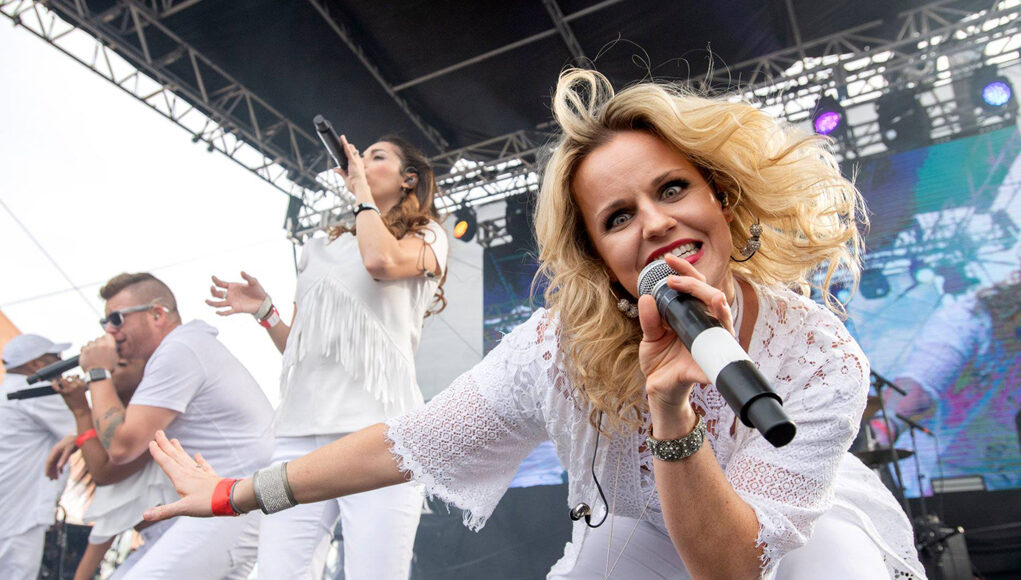 excitement is building for the 10th annual Carrollton Festival at the Switchyard this Saturday, November 2 from 11 a.m. to 10 p.m. The Festival is held on the streets of Historic Downtown Carrollton.

First off…It’s FREE, as in completely free! No entry fee or ticket is needed, and all rides, games, concerts, and entertainment are free (including concerts by headliners Tripping Daisy and the Old 97’s). Just bring spending money for food, drinks, and shopping. There will be plenty of food vendors on site as well as local restaurants all within walking distance. You’ll also find a variety of artisan booths selling everything from jewelry, clothing, Christmas decor, children’s trinkets, home decor plus much more!  And yes, there will be beer gardens…after all, this IS texas ya’ll!

Check out the Main Stage beginning at 11:05 a.m. with Thunder Road, a Carrollton-based Bruce Springsteen tribute band. Next up is five-piece rock band King Zero, who will bring a unique, alternative sound to the stage with original songs, followed by Kenny Chesney cover band Barefoot Nation, who will give Festival-goers a chance to two-step to songs by the country great.

Monica’s Bidi Bidi Tribute will honor La Reina de Tejano with high energy performances of songs like “Bidi Bidi Bom Bom” and “I Could Fall in Love”, before tribute band Matchbook 20 plays a variety of Matchbox Twenty favorites that are sure to have attendees singing along. High energy cover band Emerald City Band will light up the stage with an electrifying performance of songs from the past and hits of today.

Next, country-soul, swamp-funk band Shinyribs will perform its blend of a variety of genres with hits like “Songs of Lime Juice and Despair” before the headliners take the stage. Old 97’s, a nationally-known, alt-country band, will then bring its rootsy songwriting mixed with punk rock energy with songs like “Timebomb”. The fun reaches its pinnacle with nationally-known and Dallas-beloved neo-psychedelic pop-rock band Tripping Daisy as they finish out the evening with unforgettable hits like “I Got a Girl” and “My Umbrella”.

in addition to the main stage entertainment, attendees can enjoy performances from local groups throughout the day in front of the stage. First up, the R.L. Turner High School Lionettes Drill Team will showcase the variety of dance styles they perform throughout the year. The Newman Smith High School Drumline will amaze the crowd with their rhythms and musical talent, followed by members of Motion, The Studio, a full-service studio for cheer, dance, and fitness in Historic Downtown Carrollton, who will perform several dance styles. Next, Sidekicks Martial Arts will present a high flying (and kicking) demonstration. Closing out the front of stage lineup, the Dallas Tap Dazzlers, a premier senior dance group, will perform complex tap steps and line formations that are sure to dazzle the crowd.

How about something for the kiddo’s? Catch an action-packed lineup beginning at 12:30 p.m. in the Plaza Arts Center featuring local entertainers sure to give an enriching and enjoyable experience to children of all ages. Watch in awe as brothers Dakota and Devin of D n D Juggling light up the stage with their amazing juggling skills and comedy act. Prepare to be amazed as Taylor Bonato and Derrius J. Harmon of Encore Productions deliver a breakdancing and hip-hop performance. Follow it up with a unique show by magician Joshua Ayala that will give audience members of every age something new to enjoy that they won’t soon forget. Closing the Plaza entertainment is a stunt show by Shel Higgins with incredible acts such as a sword swallow and strait-jacket escape from a ladder.

In addition to live entertainment, the Festival offers free rides such as bungee trampolines, a zip line, and a giant fun slide, as well as carnival games, an extensive kids’ craft area, carnival games, inflatables, face painting, balloon twisting, caricature drawings, and more. All free! Just make sure to get in line early as the face painting and balloon twisting booths shut down at 6 p.m., and rides shut down at 7 p.m.

Pets, with the exception of service animals for persons with disabilities in accordance with the Americans with Disabilities Act, are also not permitted. Parking will be extremely limited. Park and ride the DART Green Line to the Downtown Carrollton Station (regular charges apply; visit dart.org/fares). Handicap parking will be available at 1000 W. Belt Line Road, just east of the Festival grounds and is also available at all DART stations.

The event will be held rain or shine. Musical acts may be postponed due to inclement weather, but will not be rescheduled for an alternate weekend. If the weather becomes severe enough to jeopardize public safety, the Festival may be closed until conditions improve. Due to the limited space within the Festival grounds, lawn chairs, skateboards, bicycles, scooters, roller-blades, and coolers are not permitted. Seating areas within the Festival grounds are provided.