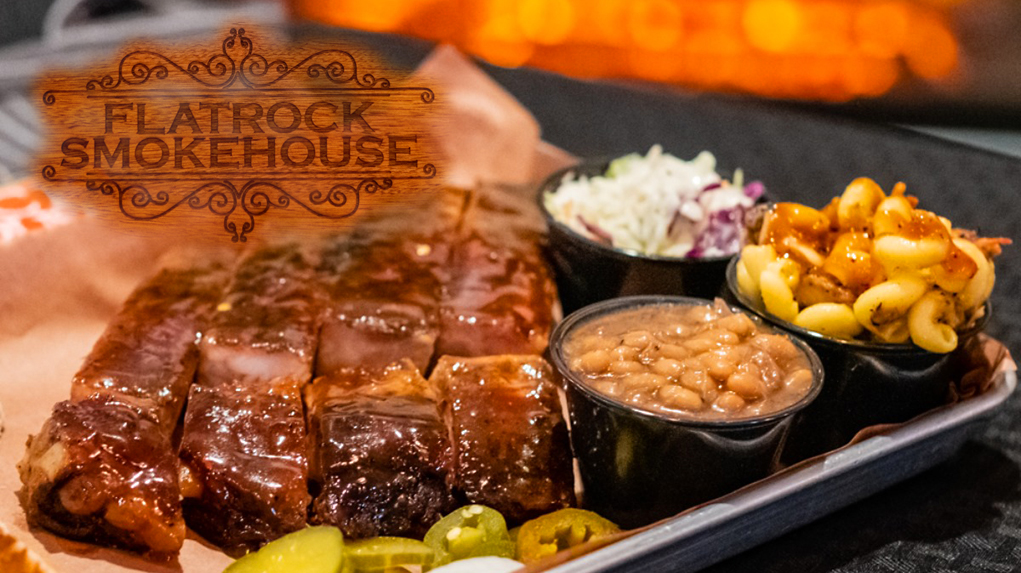 there is something so magical when man, fire-pit and food unite… but what
takes that food up a notch or two is banker turned BBQ pit master, Robert Davis. A few years back, Davis left his distinguished career in banking to pursue his passion for BBQ and Flatrock Smokehouse BBQ was born. 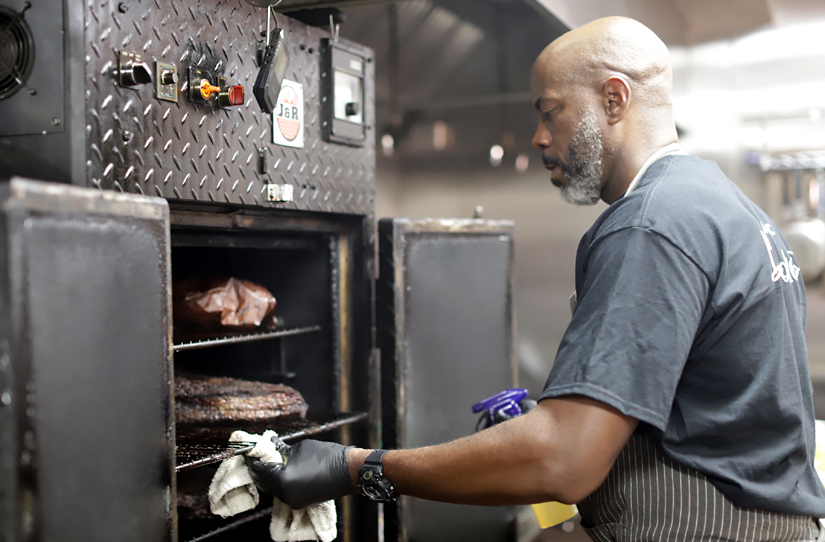 Not exactly a lateral career move, but Davis and wife Kimberly had been giving away his BBQculinary creations for years at potluck gatherings and their children’s various sporting events. He gained a following for his barbecued meats and eats, and his “fans” often encouraged him to pursue this as a tangible business endeavor.

Robert Davis spoke fondly of his youth in Columbia, South Carolina. He recalls warm summers he spent visiting “The Flatrock,” a family gathering spot for food, family, fellowship, and fun. He said, “these gatherings were typical Southern-style picnics with BBQ, and this is where I developed my love for cooking.” Fast forward to today – an exciting and consequential milestone in Flatrock’s brief, 18-month history. Their doors will open at 2pm for a Grand Opening Event that is sure to be a blast! It will be kicked off with a Flatrock Smokehouse BBQ t-shirt giveaway for the first 50 patrons. Join the fun and festivities at 4900 Main Street in The Colony.

For the past few weeks, locals have been intoxicated by the sweet, lingering smell of freshly smoked meats and residents have been feasting on this outstanding BBQ during their soft opening. Owners Kimberly and Robert Davis have been inundated with an outpouring of friendship and support from residents, other small business owners, the Chamber of Commerce and even The Colony Police Department.

Kimberly Davis said, “engagement is really important to us.” We really enjoy meeting the folks who stop by,” Robert continued. Even while they were not yet open for business, there was a steady stream of daily guests, and the Davis’ make a point to engage and interact with all who stopped by.

Team “Blue Smoke” proudly serves prime cuts of Certified Angus Beef and top-quality poultry and pork. The meats are added when the smoke turns blue — hence the team’s name. They smoke the meats low and slow over post oak and pecan for a unique and unforgettable flavor. The meats are then sliced to order, keeping them tender and moist. Some of their regular menu items include prime brisket, ribs, pulled pork, rib tips, turkey, and pork sausage. 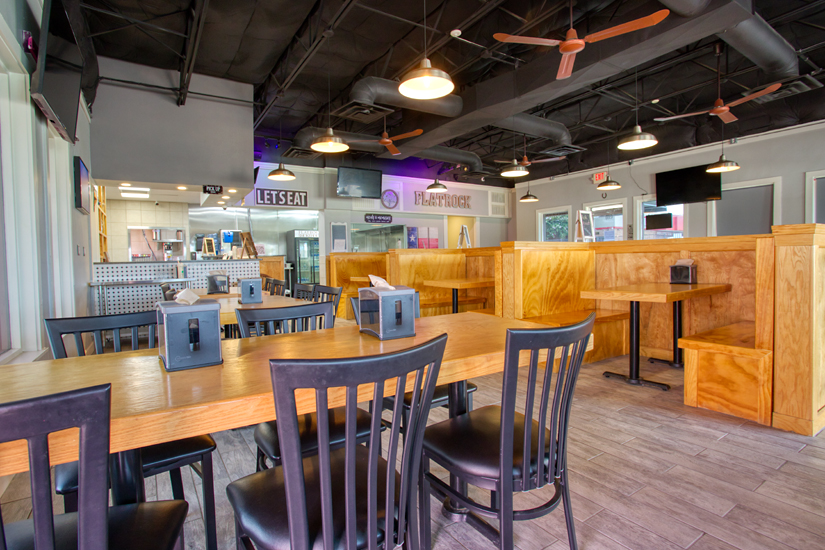 Unlike other barbecue establishments — Flatrock has been known to serve unique eats such as fried catfish, smoked turkey legs, collard greens and brisket mac-N-cheese. Other distinctive sides include flavor packed BBQ beans with a medium kick, lip-smacking brisket mac-N-cheese drizzled with sweet BBQ sauce – a surprising and satisfying bite and thick and buttery Texas toast. The “made-from-scratch kitchen” follows Davis’ own unique recipes that he describes as “90% Texas-Style BBQ, with a few southern influences.”

They serve craft sodas from Oak Cliff Beverage Works, and they are hopeful that before year end, they will also serve domestic and import beers, giving them the self-described “BBQ, Beer and Blues” atmosphere. Of course, no meal would be complete without trying warm peach or apple cobbler, that can be topped with vanilla ice cream.

flatrock Smokehouse BBQ operates as a restaurant and catering company. The restaurant offers dine-in and to-go service only. The hours are Friday, 2-8, Saturday, 11am – 8pm and Sunday 11am – 6pm or until they sell out (whichever comes first). Restaurant and Catering prices are moderate and competitive. They have a lot in store for the future. Watch for new menu additions, daily specials, kids’ meals, live music and more.